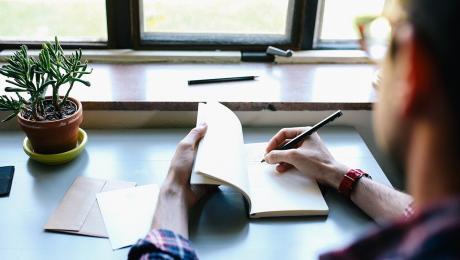 Some writers need a certain condition to boost their creative process. Many well known writers have found idiosyncratic ways to get their creative juices flowing. These literary icons have found a variety of ways to motivate themselves—from drinking copious amounts of coffee to writing in the buff—to encourage the writing genie to loosen the creative impulse.

Writing is a personal experience, and the condition that promotes the creative process is personal as well. Perhaps one of the methods described below will motivate you to establish some concentrated time working on your craft.

Getting Horizontal or Vertical

Using Index Cards to Organize Scenes and Jot Down Ideas

Vladimir Nabokov used index cards, which allowed to him to reorder scenes, write on the go, or write while in bed. Today, digital tools can be used for note taking.

Select a Quota of Words

Aaron Sorkin prefers to act out his character’s dialogues. For scriptwriters and novelists, this method might be a useful way to test the dialogue.

Writing in Your Underwear or in the Buff

John Cheever and Victor Hugo discarded their clothes. John Cheever wrote in his underwear, while Victor Hugo wrote without his clothes to discourage himself from going anywhere when a deadline was approaching.

Honoré de Balzac drank 50 cups of coffee a day. Voltaire was another coffee addict who drank 40 cups daily. Proust and other writers did not drink as much coffee, but many writers find coffee helps them to write.

Writing on the Go

If any of these routines are too wild for you, find your own way to create a comfortable environment that encourages your creativity. Or, maybe you have already found a personalized, quirky method that helps you work productively each day. If so, just know that you are in good company.

Polishing the First Draft of a Novel before Submission 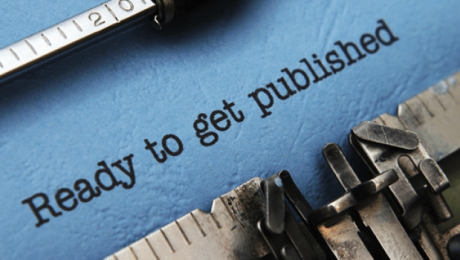 Inexperienced novelists are often confused about the steps that follow after the first draft is finished. Novelists who plan to go the traditional publishing route need to revise and re-edit their work before finding an agent. In this process the output should also be free of the common mistakes made by first-time novelists. Otherwise the novel will not be selected by a discerning agent. If the self-publishing route is chosen, then review and revision is still necessary, and finding an editor to review the work is recommended.

Getting to the First Draft

Often the first draft is in a clearly unfinished state that was intended to be revised afterwards. This is because writing is a hard task, and the writer needs to write something before improving it. However, some writers do not realize the first draft is the start of a new stage in the writing process. If you are at this stage then this discussion is for you.

Become an Objective Reviewer by Taking a Time-Out

Create some space and separation from your output, so you can look at your draft objectively. Let some time pass. Ways to create some space include printing a hard copy of the novel and reading it through an e-reader after converting it to an .epub or .mobi file. The draft can also be listened to by reading it aloud or having someone else read it aloud and recording it.

Editing and Rewriting the First Draft

Consider the novel as a whole, and ask yourself whether the themes and sub-themes work. Is the novel economically written, or does the content need pruning? Keep in mind that beautiful or flowery prose can overwhelm the content.

Are the characters relatable or plausible? Is the plot riddled with holes or missing some vital parts? Did you forget to tie up loose ends? Are the descriptions just right or excessive? Is the pacing right? Consider such thematic issues.

Get feedback after reviewing and self-editing the work repeatedly until it seems complete. The process of immersion eventually obstructs objectivity. Make time for this stage. It can lead to more revisions.

The writing, review, and revision process is a learning curve. Your novel should be ready for submission after this stage is completed to your best ability.

Writing an Engaging Book for Children 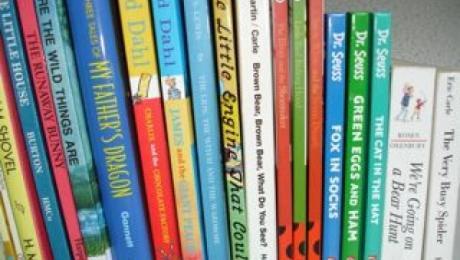 According to a Pew Internet survey of teachers, a majority thinks students are distracted easily and have shorter attention spans. However, a good children’s book will still capture their attention, even though children’s exposure to technology is a distracting factor. Kids still love to immerse themselves in stories and transport themselves in them as witnesses or protagonists. Reading takes them on adventures to captivating places in their imaginations.

As you think about your story, here are some things to keep in mind:

The Conundrum of the Target Audience

If you are considering writing for children, do not approach your work with cold calculation and write for a particular market. You need to be authentic and have a connection to your work.

However, knowing which age group you want to write for will influence how you tell your story and the words you use. Is your target audience preschoolers, kindergarteners, or elementary school students?

Is There Deeper Meaning in Your Book?

Do you want to teach a life lesson, show your readers how to do something, or are you simply a storyteller? For life lessons, you can write what you think is worth knowing about, or research topics that would be useful for your intended audience. No matter what you write about, your originality should standout. Writing what you would have loved to read as a child is one way to be an authentic children’s book author.

Capturing the Attention of Young Readers

Just because you are writing for children does not mean the quality should suffer. Nevertheless, avoiding long sentences, longwinded narrative descriptions, and sophisticated words will improve the readability of the content.

Begin with an exciting and engrossing narrative to capture interest. Engage readers with an interesting plot developed through the dialogue of realistic and relatable characters. Add humor, if it fits.

An entertaining story can still challenge readers and their intellect. A story that is too simple or complex to follow will lose readers; but you can still write a creative story on subject matter your readers would not have imagined.

Get Input from Others

If you have children, nephews, or nieces, or know children in the age group you are writing for, have them read your work. Their input may be constructive and help you to improve your work.

Writing a children’s book is a rewarding experience when the work is appreciated. If your book remains a fond memory for years to come, then you have earned it by valuing your readers and working hard to earn their appreciation.

Follow Submission Guidelines to Avoid Burial in the Slush Pile 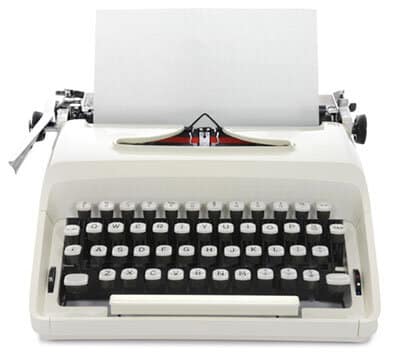 While submission guidelines vary, most guidelines are available on the websites of the publications. However, one standard requirement is the formatting of the submitted work. Going through the pile is an arduous task, so reviewers are not in a generous mood when they encounter obviously unacceptable work.

Some publications allow works to be resubmitted; but others reject erroneous submissions without redemption. Improperly submitted work wastes your time and theirs. If you follow submission guidelines, your unsolicited work still needs to go through the slush pile.

Do Other Submissions have an Advantage?

Solicited work is usually accepted. Submissions sent by writers, or agents, with some connection to the publication bypass the pre-editor review round, known as the “reader round” in the publishing industry. If another publication has published you, or your submission was rejected but your style was appreciated, your next submission may bypass the slush pile. But, that is not an assurance of success, as most of the non-slush pile submissions are not published.

Do Submissions in the Slush Pile get Published?

The published amount of slush pile submissions varies. Do not assume you have no chance of acceptance, if you have carefully crafted your work, and selected the publication with care.

Research to find out what kind of material the publications like to publish. Good writing that is a bad fit is generally not accepted. The slush pile has too many examples of submissions that do not meet the publications’ criteria.

Since there are less readers/ reviewers than the amount of submissions, they have little time to read the material. Your work will not make its way to an editor, if it fails to grab the attention of the slush pile reader in the beginning.

Be aware that going though the slush pile is a preliminary step in the writing career of most magazine/journal writers. Do not get disheartened if you experience a rejection after your submit a story, essay, or poem you to a literary publication. In the era of online submissions, literary publications just do not have the space to publish most of what they receive. If you are confident in your work, go ahead and submit your writing to another compatible journal, after making sure you follow its guidelines.

Do You Know the Category of Your Fiction Novel? 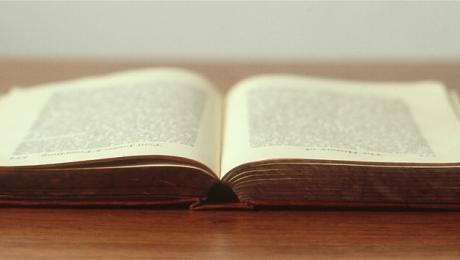 Are you writing a literary, mainstream/general fiction, or genre novel? Did you think about genres when you started writing your novel, or afterwards? Some authors easily identify the category of their work. However, others find it more difficult.

Categorizing the fiction type is important for agents and publishers. It helps to position the marketing of the product and identify its target audience. If your novel does not fit a genre classification, it might be a mainstream novel.

Differences between Mainstream and Literary Works

Mainstream fiction focuses more on action, although it may have elements of a literary novel. The storyline hooks the reader, while the characters and plot fuel the momentum. This characteristic makes novels in this category marketable to a larger target audience. Mainstream fiction readers like to follow an exciting plot.

Literary fiction is considered a limited niche market today because fewer people spend their time reading complex, and sophisticated fiction. Readers of literary fiction like to linger over their reading material.

Genre novels have a built-in target audience that looks for books in a particular category. These novels focus on the story. Character development takes a back seat to the main plot built around the genre’s primary focus. This means in mysteries the main character’s activities are focused on solving the mystery; and in a romance, the focus is on the relationship between the two main characters.

Entertaining the reader is the main purpose of genre fiction. The linear storyline culminates with a clear resolution and satisfies the reader’s expectation. Hence, a happy ending is the culmination of the narrative arc of a romance novel’s storyline.

Mainstream fiction does not fit into a defined genre category. It is harder to market, because there is no target audience. However, it has the potential of appealing to a broader audience. The word-count requirements and style guidelines are stricter for genre novels, than they are for mainstream or literary fiction. So, it is also important to know how to classify your novel for this reason as well.