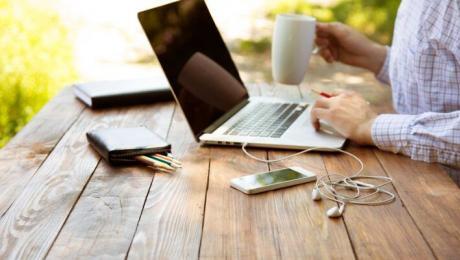 Technology is absolutely liberating in the way that it brings writers and editors together in every form of project. Not only does it offer support in major ways like easier organization and faster communication, it also allows us to live in the present with instant access to information on everything from quick technical style questions to in-depth research on any subject. It is, however, easy to get distracted and pulled into bad tech habits that are counterproductive to success.

Adopting the following habits is nearly guaranteed to change your work life for the better. The small efforts that you will expend in finding the right methods and software for yourself will pay off with more free time and much less frustration in the end.

Back Up Your Backups

It happens: your computer crashes while you are working on a new article or are up to your ears in novel research. One day, you may try to open a file only to receive an error message that it has been corrupted. For documents, the easiest way to back up your work is with a free cloud service like Google Drive, Windows SkyDrive, or Microsoft’s Dropbox. Using more than one service is recommended as services can disappear without warning. Also, regularly back up your information to a standalone drive just in case.

While most software is programmed to update itself regularly, a quick check for updates once a week can’t hurt. For foolproof updates, go into your program settings and select “Auto-Update” wherever possible. This includes Word, Windows, anti-virus software, and anything else you use that is vital to your work. If you are less than tech savvy, a free program called “Update Checker” will do the work for you. By keeping your programs current, you stay safe from current threats and head off new ones.

Get Organized and Stay Organized

Organization is one of the biggest issues most writers and editors face. When work or life gets busy, it is easy to toss something (including a manuscript) to the side and forget where we put it. Using software options like cloud syncing will allow you to access your work anywhere and acts as a bonus backup tool. Keeping a database or spreadsheet of contact information and submissions will ensure all your information is in one place when you need it. Also, check out apps like Wunderlist for your to-do needs.

Rather than pay exorbitant amounts for fancy software (unless you truly require it), look at the free options available online and through app stores. Word processing programs like Open Office and LibreOffice offer full software suites to help your work stand out as professional. They are loaded with all the features you need and some you didn’t know you did. A world of free organizational and security software is also available. Read software reviews to determine which will work best for your unique needs.

Portable Procrastination and Other Follies

Cultivating good habits means you actually have to get started on them. They will not become habits unless you put them in place and continue to nurture them, so it is important to start right now if you are serious about making changes that will make your writing life easier. With these four vital habits in place, bad habits get replaced, panic over lost work or lost contact information disappears, and suddenly work is more enjoyable than it’s been before. 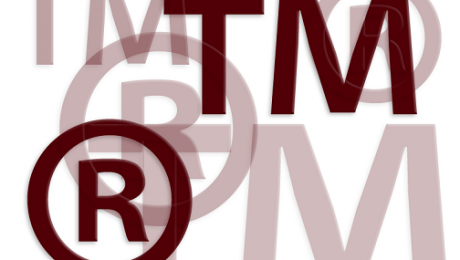 Read the following sentence and ask yourself what’s wrong with it:

I began my fitness regimen by googling “low-impact workouts.”

Your attention should be drawn to the term “googling,” as it is being used as a verb in lieu of “searching.” While this type of language may be commonplace among millions who use Google every day, not everyone agrees with or approves of such usage. Primarily, the folks who have a problem with it are Google employees, especially their legal staff. Using trademarked names like Google as a verb, in the name-owners’ eyes, lessens the impact of the name itself as a known brand and can be a copyright issue.

Other Issues to Consider

Product and service names are trademarked to distinguish one company’s brand from others. When a brand takes off, the name can often become a household word. Over time, the word becomes more generic as it is used to refer to other things not related to the original brand. Consider terms like Bubble Wrap (trademarked in 1983 by Sealed Air Corporation) and Crock Pot (trademarked in 1972 by Sunbeam Products, Inc.

Used in everyday writing and conversation, terms like these and many others are typically not capitalized and are used to refer to any brand of the product they resemble. To be politically correct, Bubble Wrap should be called simply packing material or inflated packaging. A Crock Pot, if it is not an actual Crock Pot made by Sunbeam, should be referred to as a slow cooker.

Other words, like zipper and aspirin, were once trademarked but lost the status and can now be used generically without offending anyone or infringing on copyright. Court rulings have also removed trademark protection from these once-brand names:

Whether your weight yo-yos around the holidays or you like to dumpster-dive for trashed treasures, you can write confidently with a little research into what is still trademarked and what is not. The most-used style guides, AP and Chicago, are constantly updating as branded words fall out of trademark protection.

What the Style Guides Say

Back to using Google as a verb, while the company forbids it in a business sense, it is not legally binding in common talk or casual writing. Merriam-Webster includes both lower-case and upper-case entries and notes the term is “often capitalized.” The Chicago Manual of Style, 16th Edition, says the lawyers want it capitalized then goes on to tell us to ignore that if we want. AP presents Google, Googled, and Googling all capitalized. Unless referring to the actual company, it is safer to use generic terms. 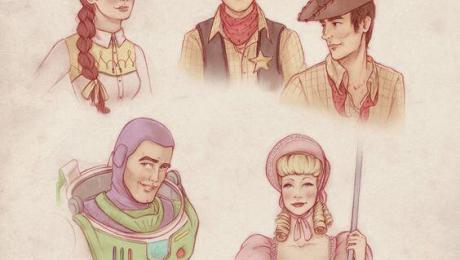 Character, plot, and place are intertwined elements good writers use artfully. Sometimes the place is fictional (for example, Kent Haruf’s Holt, Colorado), or real (Naples, the backdrop of a quartet of Elena Ferrante’s novels), or disguised (Oxford disguised as Christminster by Thomas Hardy).

The Importance of the Setting

The setting imbues the story with the environment’s mood. It layers the tale with meaning about the passage of time, stages of life, constraints felt by the character, and/or as a source motivating the characters’ actions.

Stories set in a familiar place help the tale appear more real for the readers. The reader becomes absorbed in a fictional story that seems real because it is set in identifiable locations. These locations change over time and are not boringly static backdrops of the unfolding plot.

Elena Ferrante, who chooses to remain anonymous, picked gritty Naples for her stories of the enduring friendship of two girls who grew up in Rione Luzzatti, a poor neighborhood slum of Naples. Naples has a certain reputation because it is home to the autonomous local mafia clans, collectively known as the Camorra.

Ferrante’s quartet of Neapolitan novels have other real settings that the characters visit (Milan, and the island of Ischia), stay in (Pisa), and live in (Florence and Turin) as they mature.

Negative, factually incorrect descriptions are vulnerable to litigation. Writers can protect themselves by including disclaimers that their creation is a work of fiction, and any real locations, organizations, and businesses described in it are fictionalized depictions by the author.

Real locations set in a region where the fictional town is located add touches of authenticity that encourage readers to identify with the characters in the story. Readers who recognize the real place disguised by the author develop an intimacy with the unfolding tale. Also, anonymity wards off litigation.

The Freedom of Fictional Locations

Unrecognizable places can be anywhere, but world-building requires work. Fictional locations can be as varied as J.K. Rowling’s Hogwarts and Kent Haruf’s fictional Holt, Colorado. One is more realistic than the other, but Rowling’s fiction is fantasy and Haruf’s is more realistic.

Haruf’s fictional town of Holt seems to capture life in the plains of eastern Colorado, where the author grew up. Holt, Colorado functions like Thomas Hardy’s Wessex – an imaginary place based on a real region that the writers were familiar with. However, Haruf claimed his stories could be anyplace. His characters’ experiences were not limited to a particular location or region.

There’s no superior choice of setting. Whether the location is identifiable, disguised, or fictional, the creative details depicted in each context draw the reader further into the world created by the writer.

Why Writers Use Small Town Settings So Often 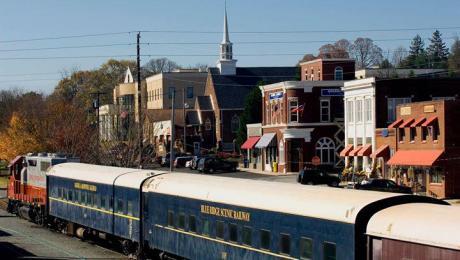 For writers who grew up or lived in small towns, writing about them comes easily because that life is so familiar to them. Unlike large cities with many service providers, small towns demand more of local residents, who need to become handy at doing things because the service is either not nearby or not easily available. Small towns also are fascinating settings for other reasons.

Readers Can Picture the Setting

A ready-made setting springs up in readers’ minds when a small town is depicted as the background of the story. Their imaginations can work overtime with a few hints to fuel the pictures they have created in their minds.

The pace of small towns does not appear to be stressed and busy like “big city” life, although work life is often hard and demanding. Local folk appear more relaxed, with time on their hands to do quirky things that writers can use to engage their readers.

Small towns have less anonymity. They can be more personal. The environment does not favor privacy because people gossip and are curious about what other townspeople are doing.

Appearances can be deceptive. Under the surface of pleasant small-town life can be a bubbling cauldron of passions, enmities, feuds, and even small animosities. Residents may have larger-than-life emotions: generosity, pettiness, jealousy, vengefulness, bitterness, or some other type of meanness as they appear to have more freedom to be themselves and engage more personally with others.

Towns can also have dull-witted, slow-to-respond characters that appear to reflect the ambience. Small-town moral, ethical, and cultural standards provide a good foil for character development and influences.

Good Backdrop for Subterfuge and Secrets

Lack of privacy offers writers opportunity to imagine characters harboring secrets that add spice to stories. In the less private environment of small-town settings, there are major potential repercussions if secrets become public knowledge and get passed around so “everyone” knows what is going on.

The slow pace of small-town life lends itself to acceptance of the status quo and resistance to change. Newcomers are welcome, so long as they are not subversive. Blending in is expected because the confined setting is not conducive to ruffled feathers.

The flip side of neighborliness is the constraining insularity. Career potential and education opportunities are limited. There is a reason why ambitious youth leave their hometowns. For writers, that environment offers potential material for intergenerational and/or interpersonal conflicts.

The small town can be a creation of the writer; for example, Kent Haruf’s Holt, Colorado is a fictional derivative of three towns. Sherwood Anderson’s “Winesburg, Ohio” is a reminder that small-town life has been inspiring American writers for a long time.