Literature can stoke the feelings that lead to civil war, express what writers think about the conflict, and help heal the wounds of war. When Abraham Lincoln met Harriet Beecher Stowe, he told the author of “Uncle Tom’s Cabin” that she sparked the Civil War. By dramatizing slavery’s horrors, her book moved the conscience of Northerners and energized the cause of abolitionists.

In our time, the literature of Sri Lanka reveals to outsiders the trauma of civil war, and how important it is to heal its wounds to bind a nation afterwards. The protracted civil war in Sri Lanka that lasted almost 25 years until its conclusion in 2009 still haunts its people.

Colleen Lutz Clemens, associate professor of non-Western literatures at Kutztown University, published a blog article recently entitled, “Sri Lankan History and Literature Deserve a Place in Our Classrooms.” Published on October 12, 2016 for “World Literature Today,” her piece explained why literature provides a window into the process of healing a nation through the remembrance of a traumatizing period in history.

The literature and poetry reflecting feelings from both sides of the conflict reveals the different viewpoints of people before the war, during the war, and in its aftermath.

Democracy paved the way for civil war in Sri Lanka when political parties mobilized voters along ethnic lines. Government led by politicians representing the majority-Buddhist Sinhala population introduced policies that discriminated against the (mostly Hindu) Tamils and fueled the tensions.

The first signs of conflict were ethnic riots that sprang up in 1958 after the polarizing Sinhala Only Official Language Bill was approved by Parliament soon after the 1956 general election. This law paved the way for the rise of militancy that culminated in civil war. Writers on either side of the ethnic divide reflected the passions of each faction.

However, among writers from the majority ethnic population were also those who expressed their support for reconciliation and respect for minority rights. During the 1960s and 1970s, the Sri Lanka Progressive Writers’ Association promoted socialism in Tamil literature and expressed support for ethnic integration, national unity, and social equity.

During this period, progressive writers highlighted social issues such as caste oppression, class conflict, and economic exploitation. During the civil war, writers on both sides in favor of unity expressed their feelings through their writing. The post-war literature has revealed what is needed to bring a nation together after a war in which each side viewed the other as its bitter enemy. 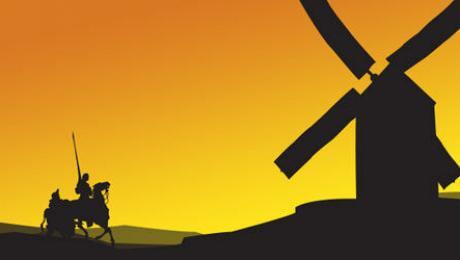 2016 marked the 400th anniversary of the death of Miguel de Cervantes. His great novel, “Don Quixote,” was published in 1605 and was partly written while the author was in prison. Since then, it has earned admiration from other great writers. The Bokklubben World Library, a poll of writers in 54 countries conducted by the Norwegian Book Club in 2002, selected “Don Quixote” as the greatest literary work.

Cervantes had an eventful life. He was injured in the battle of Lepanto in 1571, captured by Barbary pirates, and enslaved for five years in Algiers by the Ottomans. After he was freed, Cervantes became a playwright and a tax collector and was briefly imprisoned because of irregularities in his work as the latter. It was during this stint in prison that he began to write “Don Quixote.”

A Revolutionary Work of Literature

Not only was this book one of the first fictional works, it contained many special features. As the story was seen through the viewpoints of different characters, the writer’s vision can be seen for the first time in this book. This revolutionary literary structure for its time also depicted chivalry in a sardonic manner—another unusual aspect of the novel.

Harold Bloom, the literary critic, and others consider this 17th century novel to be the first modern novel. According to Bloom, the arcs of change mark the novel’s separation from the past; while for Carlos Fuentes, it is the characterization and dialogue that distinguish the novel from earlier works.

The title character, as described in a letter Feodor Dostoevsky wrote to his niece, was the “most perfect” literary hero. Both the author and his protagonist were idealists who had a tough time in their lives. Fighting windmills was symbolic of fighting for ideals even though loss was expected. Cervantes believed that standing up for ideals mattered more than achieving success.

Parts of the story were taken from the author’s own life, such as the incident where the nobleman and his sidekick Sancho Panza free some galley slaves. During his period of enslavement, Cervantes tried to escape several times. His wife’s great uncle was the source for the nobleman’s characterization and the protagonist’s revealed real name, Alonso Quixano.

The book was written in a modern variant of Spanish, and its popularity mainstreamed this new development.