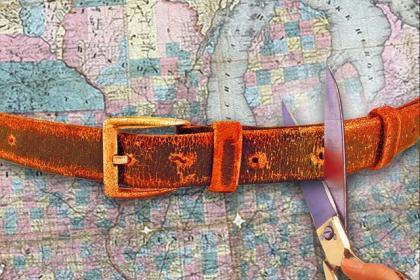 The term “rust belt” evokes an image of decay, but Belt Magazine and Belt Publishing want to show that there is much more to the region than the negative, oversimplified term used for the areas that have lost their former manufacturing strength or presence. The so-called Rust Belt includes successful areas like the Minneapolis-St. Paul region, as well as struggling cities in Ohio and in the Northeast.

Belt Magazine is an affiliate of Belt Publishing, which was founded in 2013 to provide a publication venue for writing about the Rust Belt and the Midwest for a regional and national audience. Both publications value quality and complex writing.

Belt Magazine aims to resuscitate long-form magazine journalism with essays and commentary articles by writers, poets, journalists and other professionals. Belt Publishing’s anthologies allow writers the opportunity to write about specific places that offer readers an opportunity to find stories, poetry, and perspectives that resonate with them.

As Belt Publishing states on its website about itself and its sister publication: “We believe in quality over quantity and community over analytics.” So far, most of the published material is about the Midwest.

About Belt Magazine and Belt Publishing

Anne Trubek, formerly Associate Professor of English at Oberlin College, is the founder of Belt Publishing and the weekly Belt Magazine, an online publication. Martha Bayne, the senior editor of Belt Publishing, is a Chicago-based freelance writer.

No Shortage of Midwestern Talent

The Midwest boasts a wealth of talent, with some of the best Master of Fine Arts programs in the country at the University of Iowa, University of Michigan, and the University of Wisconsin These two publications welcome regional voices and provide the students and graduate of these programs with an opportunity to share their talent and specific Midwest experience with their readers.

Writers from the Rust Belt

Writers from the Midwest should take advantage of Belt Magazine and Belt Publishing to showcase their craft and reveal their presence to a regional and national audience. Writers published by either or both outlets will reach beyond the niche of literary magazines, because these two publication sources have a more diverse audience than literary magazines.

Famous Writers Who Can Inspire Persevering and/or Mature Writers