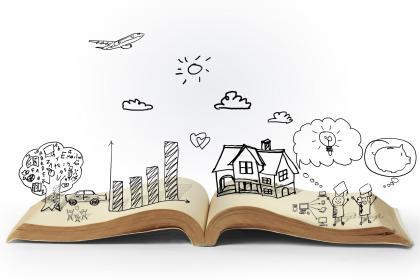 About the Narrative Mode of Description

Description sets the mood and the scene and provides an explanation. It gives the details about some place, person or thing. It should serve the story and be a mechanism for immersing readers in the fictional world the characters inhabit. The challenge is to avoid over-describing.

About the Narrative Mode of Action

Readers are engaged and remain engaged when something happens to the fictional characters. The action in the story moves it forward. Action drives the arc of the story and reveals information about the characters. It is something that happens and can include dialogue, gestures, and other activities.

About the Narrative Mode of Dialogue

Dialogue is spoken action. It is conversation between characters that can also help to evolve the characters.

If a writer wants to highlight a trait in a particular character or focus on a subject of discussion, the writer maintains the focus by not distracting readers with other narrative modes during the dialogue. However, writers bring additional meaning into the interplay by including action and thoughts when relevant.

Dialogue boosts pace and narration. Compelling dialogue is not just talk. Readers become absorbed in the story when characters say things we do not expect of them and are not predictable. Writers should avoid making characters sound alike; in real life people have their own individual ways of talking.

About the Narrative Mode of Thought and Monologue

Dialogue, thought, and monologue move the story along, build tension, and reveal something about the character. They can even be contrasted with the others for effect.

About the Narrative Mode of Exposition

Exposition is used to provide details about characters or the story. It is used in the beginning and during transitions, for instance to inform readers about passage of time, change of place or mood, or change in the focus character. It tells, rather than shows, readers about important elements of the story or characters.

Writers can be creative with the use of the modes as Emily Bronte’s Wuthering Heights illustrates. Despite the significant time-shifts in the novel, Emily Bronte maintained a continuous narrative using a multi-layered narration technique. Emily Bronte’s narrative technique reveals her mastery of the writing craft. Distinctively, the action in this memorable novel is presented as eyewitness narrations by characters who participated in what they describe.

Every work of fiction contains these modes, but the ratio varies. For most writers, determining when the different modes can be woven together or used separately improves with practice.