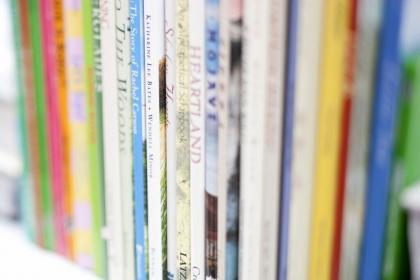 Children’s literature is not a poorer form of fiction. Writing for children connects authors to the most enthusiastic readers and impacts their lives. A 20-year study has revealed that books at home increase the potential level of education of children later in life. If you are considering writing for children, you will be rewarded by your choice.

As revealed at the Nielsen Summit in 2015, 11 of the 20 top-selling books in the country between January 2014 and September 2015 were children’s books. Children’s literature is booming internationally as well. Kids are voracious readers. They read more books than adults. The publishing industry’s dominant growth sector in 2014 was the children and young adult category, according to the Association of American Publishers.

It is rewarding to know that your work has a positive effect on your readers. A study of 17,000 people in England, Scotland, and Wales revealed that reading for pleasure boosts intellectual progress. Those who read books frequently at age 10 and more than once a week by age 16 earned better test results. The impact of reading was found to be almost four times greater than having a parent with a post-secondary education.

Young fans’ sincerity and their sharing of how meaningful books have been for them makes this genre a special one for writers of children’s literature. Children’s book authors love and treasure their fan mail! To give you an idea, the chroniclebooks.com blog on February 18, 2015 presented a sweet collection of fan letters received by authors for Letter Writing Month.

Making a Living from Children’s Books

Advances vary for children’s book writers. According to the Society of Children’s Book Writers & Illustrators, the advance for a standard project ranges between $8,000 and $12,000. However, as this amount is shared with the illustrator, the writer may end up receiving between $4,000 and $6,000.

Royalties are paid after the book sales earn back the advance amount. Royalties vary but typically range between three and a half and six percent for a picture book, and otherwise between seven and 10 percent.

Books that sell well also sell in bulk because schools and libraries are ready customers. It is hard work to write something that engages children and holds their attention, but the hard work of writing pays dividends.