How Flash Fiction Took Over the Internet 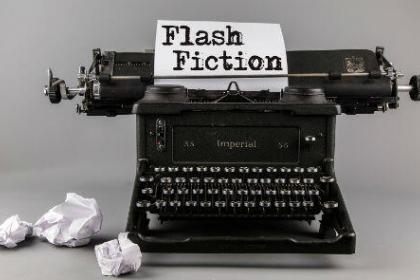 Flash fiction, or extremely brief works of fiction, has exploded in popularity over the past few years but has been around longer than many realize. In America, one can find examples of such micro-storytelling as early as the 1800s from authors including Kate Chopin and Walt Whitman. The popular magazine Cosmopolitan popularized these short forms by way of their “Short Short Story” section, and by the 1930s, anthologies of these shorts started to hit the printing presses.

Presently, numerous print literary journals are dedicated to flash fiction, including the Vestal Review and Flash: The International Short Short Story Magazine. The internet has

broken through the limitations of print publishing these short pieces and given audiences a means to instant satisfaction, both in writing and reading the short-form written works that feature short prose, snippets of high drama, and often open endings designed to leave the reader wondering, “What next?”

Often called “fast food for the mind,” flash fiction has jumped off the pages of obscure literary magazines and found a comfortable niche on the internet. Now everyone with an internet connection and some imagination is invited to try their hand at this not-so-new style. Some writers take flash to the extreme. Historically, although the story has seen a few versions from one telling to another, there is a tale of Ernest Hemingway winning a bet with his “For sale: baby shoes, never worn.”

In addition to the six-word-story challenge alluded to above, folks have come up with other now commonly accepted subsets for flash fiction. Included in these powerful little subs are:

While there is no hard and fast rule for an actual word limit to any flash fiction story, audiences will agree on “the shorter, the better.” The internet is, after all, the go-to source for bite-sized information and entertainment. Because of this, flash fiction naturally took over a corner of the web. Not only has the internet been the impetus for enhanced awareness of the style, it has blatantly influenced its popularity. We now see online journals dedicated solely to this uniquely satisfying writing style.

New online journals crop up weekly, bringing us new flash fiction to consume. With every new voice on the web, the style continues to evolve and new rules are written. Keeping in form means flash writers take existing forms and redefine them. As long as the many forms of flash fiction remain nebulous, audiences will remain interested.

Top New Editing Trends Writers Should Be Aware Of